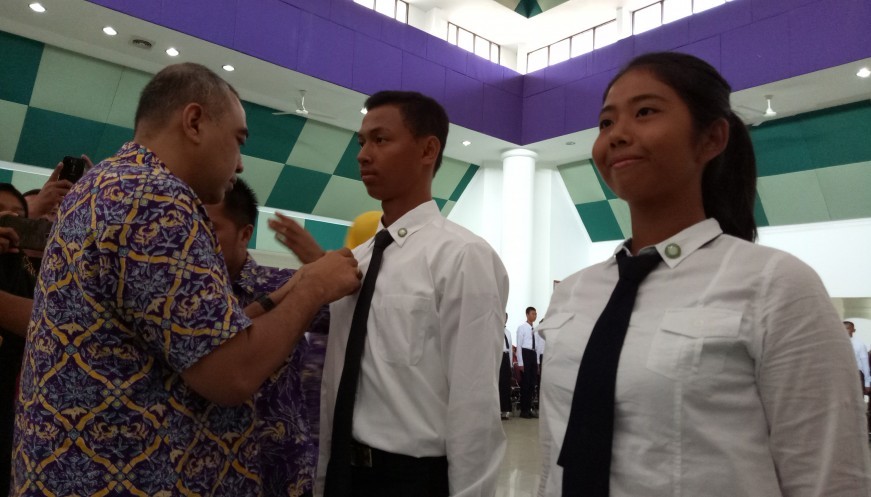 Tangerang regency will again send a student to represent the regency in a row of the flag-hoisting team (Paskibraka) at a state ceremony to mark Independence Day at the Presidential Palace on Agust 17.

Regent Ahmed Zaki Iskandar said that on Thursday while opening a short flag hoisting education and training (diklat) followed by 50 school students representing 29 districts from across the regency at a hotel in Cikupa district.

Zaki said, one of the students was expected to represent the regency at the state palace, nine others will be assigned as flag hoisting team members at the Banten Provincial administration in Serang and the rest will hoist the flag in a ceremony held at the Tangerang Regental Administration Center in Tigaraksa.

Zaki told the participating students that being members of the national flag hoisting team could be a presonal pride because not all students can get such an opportunity and trust.

"You should hold up and keep the trust given to all of you here by seroiously taking part in all activity during the training so that you can do the task properly in accordance with our hope," Zaki said, adding that success resending another student to  the state palace will also be another pride for the regency.

He said the selection and training for the Paskibra was held in Citra Raya housing estate in Cikupa. The 50 students were selected from 970 students who followed recruitment and initial training. Audrey Nathan of Panabur School was selected to represent the regency at the state palace on August 17.