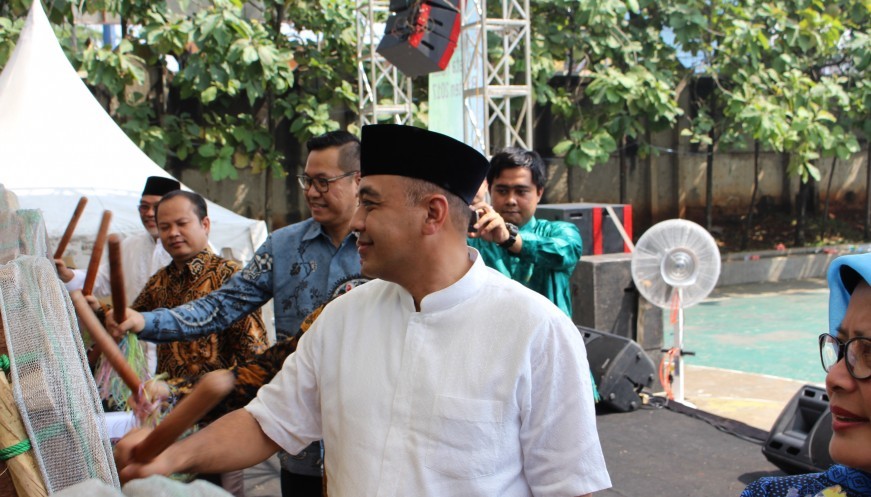 Tangerang Regent Ahmed Zaki Iskandar opened the 2017 Banten Halal Tourism Festival at Islamic Education Area in Kelapa Dua district, Tangerang Regeny on May 12. The festival would be lasting from May 12-14.

Zaki said Banten is one of a number of the provinces offered to be the destination of Halal Tourism in the country. Based on various culture ever seen at religious tourism sites across the province, the appointment of  Banten as one of halal tourism destination concept is quite reasonable though such a concept is a new one in tourism sector.

The concept is believed to contribute numerous positive impacts in effort to jack up social-economic life of the society. The concept is also able to provide comforts for domestic and international moeslim tourists visiting Banten.

"Let's support the acticvity in order that it can continuosly be carried out. I hope that this program can be a joint moment to push the regental administration in creating the applicable policy regulations so that tourism can be continuosly developed in Banten, especially in Tangerang Regency,"he said.

According to Zaki, Tangerang regency is one of the largest region in Banten Province with many potential sites to be made pilot project for halal tourism concept like Tanjung Kait, Tanjung Pasir, Tanjung Burung, Pulau Cangkir, Telaga Biru that all offer seafood cullinary.

"Those sites all are available for halal tourism resorts in Tangerang regency," said Zaki.

"May the activity be the right way to build a sense of friendship and unity and as the begining of sinergetic integrity building between young businessmen and the local administration," he said.

Meanwhile, the organizing committee chairman Abdurrahman said the festival is aimed at taking part as form of support for promoting tourism in Banten, especially in Tangerang regency as one of halal tourism destination in the country and in the world, of course.

"In addition to, the festival is also expected to attract the Banten provincial administration's special attention on religious tourism, strategic tourism, halal cullinary, halal fashion and people-based creative economy friendly towards moeslim tourists that all need to be developed," he said.